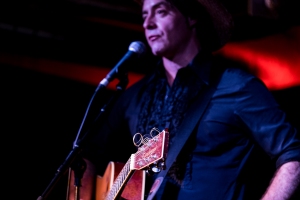 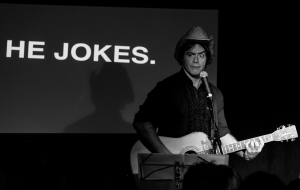 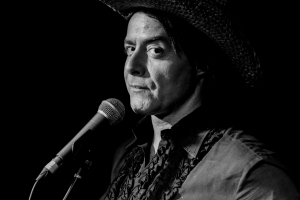 In a world where all the musical heroes are dying and Coldplay refuse to, a man with a dual mission (music and comedy) has the answer. To Rock. And LOL.

“WTF? Why isn’t he a ginormous star?” – KATE COPSTICK, THE SCOTSMAN

For the last four years, multi award-winning musical comedian Christian Reilly has been enjoying acclaimed, full-house runs at the Edinburgh Festival. This year, he returns with a new hour of songs, stories and observations, channelled through the voices of various rock stars – many of whom will probably be dead by the time you read this.

This year, Christian gives you:

This show will also feature the catchiest song ever written*.

“The sonofabitch got FUNNY!”  RICH HALL

WINNER: Stand Up For Labour Act Of The Year

Christian started playing in bands at the age of 15, but his first comedy gig was in the Perrier award-winning ‘Rich Hall is Otis Lee Crenshaw’. He has used his accomplished musicianship, extensive vocal range and love of music to establish himself as a global comedy circuit headliner; appearing at international festivals, on BBC radio and TV, and on the Chortle award-winning ‘Richard Herring: As It Occurs To Me’. Last summer, BBC Radio 4 followed Christian on the road to the Edinburgh Fringe for ‘Lives In a Landscape’. 2016 saw Christian taking his comedy to Australia as part of Perth’s Fringeworld festival and will see him appearing in a new season of ‘Richard Herring: As It Occurs To Me’ in autumn.

“If you’re a fan of Bill Bailey or Rich Hall, you’re a Christian Reilly fan already”   – THE GUARDIAN

“A charmingly confident performer, an accomplished musician and a clever comic… The funniest songs I have heard in a long time”  – KATE COPSTICK, THE SCOTSMAN

*correct at time of press.